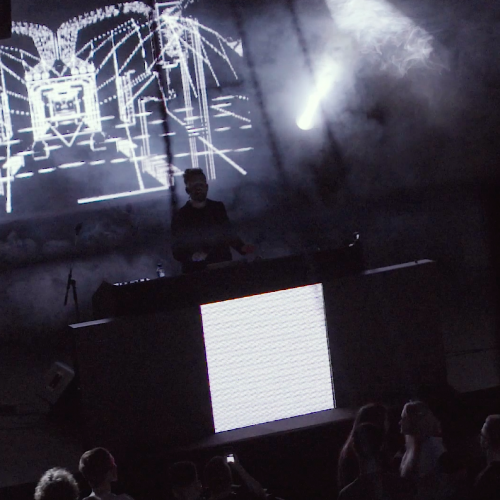 In the early human tribe the shaman was both the spiritual and musical leader. Banging the drums in the repetitive patterns, he urged the tribe on, leading them to ecstasy, going upward and inward. Teologen is the contemporary shaman, whose tribe is the people on the dance floor. With Teologen you are in for a ritual journey, deep into the mysteries of existence, guided by what can best be described as spiritual dance music.

Teologen is the brainchild of Jonatan Bäckelie, who since 2002 has been churning out quality music on labels such as Freerange, Compost, Sonar Kollektiv, Suol, Suara, Silence, Runemark, fCom, Hospital, and many more. Sometimes on his own and sometimes with high profile collaborators such as Trickski, Andreas Saag, Blu Mar Ten, Nu:Tone, Ten Walls & Rafael Cerato. After a lifetime of seeking out mystical experience, and furthermore, spending ten years at university studying theology, religious studies and philosophy, Jonatan felt it was time to incorporate those insights into a relevant musical theology for the 21st century. The result is Teologen.